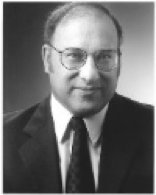 For a biography of Vernon Neppe, MD, PhD, Fellow of the Royal Society (SA), to be even remotely accurate, it must contain references to his standing among the elite of science. Professor Neppe has an unusually open-minded attitude toward the discovery of Truth and this is reflected in his professional achievements reaching pinnacles in a wide number of disciplines, predominantly but not limited to multiple medical fields including even the medico-legal. His exceptional creative achievements reach to pioneering the discipline of Dimensional Biopsychophysics, and his decades of many different innovations in Consciousness Research. His many books range from communicating to scientific colleagues, to writing for laypersons targeting helping them by "education through fascination": He has even developed his own literary genre, "sciction", while writing books and plays in a dialogic style for his general readers, as well as the "conversagraph".  His originality was demonstrated when this first  book with defined sciction and conversagraphs, Cry the Beloved Mind: A Voyage of Hope apparently became the first Electronic Book (E-Book) sold professionally (through DigitalRiver.com). And his development of tens of new terms plus new diagnoses and classifications is a testament to his originality and search for precision: If something does not fit his needs, Dr. Neppe is prepared and able to pioneer new concepts.
And submerged in his multiple formal achievements, is his remarkable reputation as an outstanding chess player developed early on (even though he never had a formal chess lesson) with, inter alia, a simultaneous exhibition against some sixty opponents, separately playing several players blindfold simultaneously, plus organizing the first multiracial sports match in South Africa (if "chess" counts as a sport) while captain of the Witwatersrand University Chess Team. More recently, he developed a computerized chess control in a landmark chess analysis in survival research.
Dr Neppe was born in South Africa, and obtained his major qualifications there, including his Medical Degree and Doctor of Philosophy. Despite political opposition at the time, he insisted on working for a prolonged period only with the underprivileged populations. He also completed a Fellowship in Neuropsychiatry and Psychopharmacology at Cornell University in New York, and on permanently settling in the United States obtained multiple board certifications there and also even an FRCPC from Canada.

His family expected him to be a mathematician or nuclear physicist based on his achievements as a mathematical child prodigy (who had, for example, independently developed his own extensive system of mental multiplication by age 5), but Professor Neppe wanted to more directly help people and went into Medicine instead. Ironically, he has now returned to the physics and mathematics stage, working closely with Dr Close, and with TDVP, possibly producing a profoundly important fundamental broad scientific paradigm shift, with additional mathematical proofs.
But most of all, his character as an all-around decent and ethical human being always trying to help his patients and his reputation as a family man portray just a little more about him.

Similarly, a biography of his equal research collaborator, Edward Close, PhD must touch on his lifelong passion as a seeker of the Ultimate Truth of Life. Dr. Close is a distinguished Physicist and amazingly creative Mathematician: He pioneered the Calculus of Distinctions, Dimensionometry and Dimensional Extrapolation. He is an internationally recognized consultant Environmental Engineer and Planner whose findings in "mold research" have impacted thousands. As a Charter Member of the U.S.G.S. Systems Analysis Group, he developed state-of-the-art mathematical optimization programs and hierarchical modeling techniques and fractal geometry models.

Both Dr. Neppe and Dr. Close can be regarded as co-pioneers of the new interdisciplinary science of Dimensional Biopsychophysics, in which dimensionometry, consciousness and the interface of the biological, psychological and physical are integrated together. This is objectified in their remarkably innovative model of Triadic Dimensional Distinction Vortical Paradigm (TDVP), which based on objective metrics, is regarded by some as the closest challenge yet to what has been called a "Theory of Everything". Their Cabibbo derivation has shown that there are important mathematical underpinnings to the finite part of their model because the hypothesized TDVP 9-dimensional vortical rotation has been demonstrated to be accurate—ostensibly a landmark finding:  TDVP proposes that Reality involves the laws of nature and that the discrete finite (e.g. quanta) is contained within the continuous infinite reality.